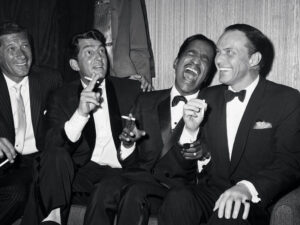 Upon getting caught cheating at five card stud, a cardsharp’s life is on the line as those he cheated against decide to exact revenge. Soon after one by one all of those involved in this attempted lynching meet an untimely demise. Is it as result of the card game, or is someone else responsible? Murder mystery meets western! Starring Dean Martin, Robert Mitchum and Inger Stevens.